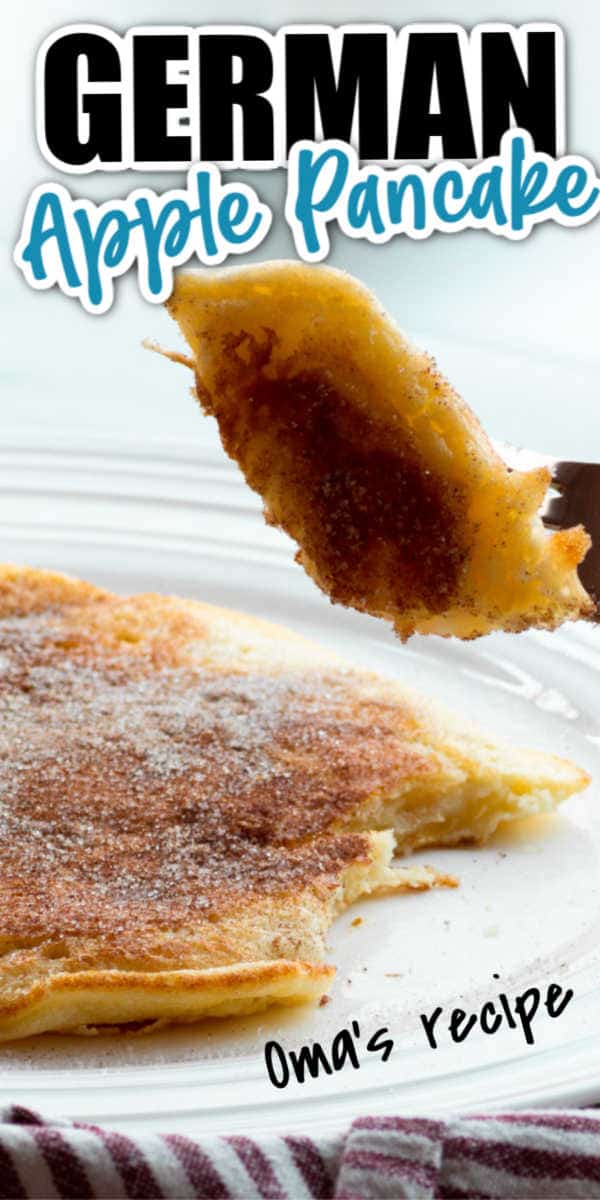 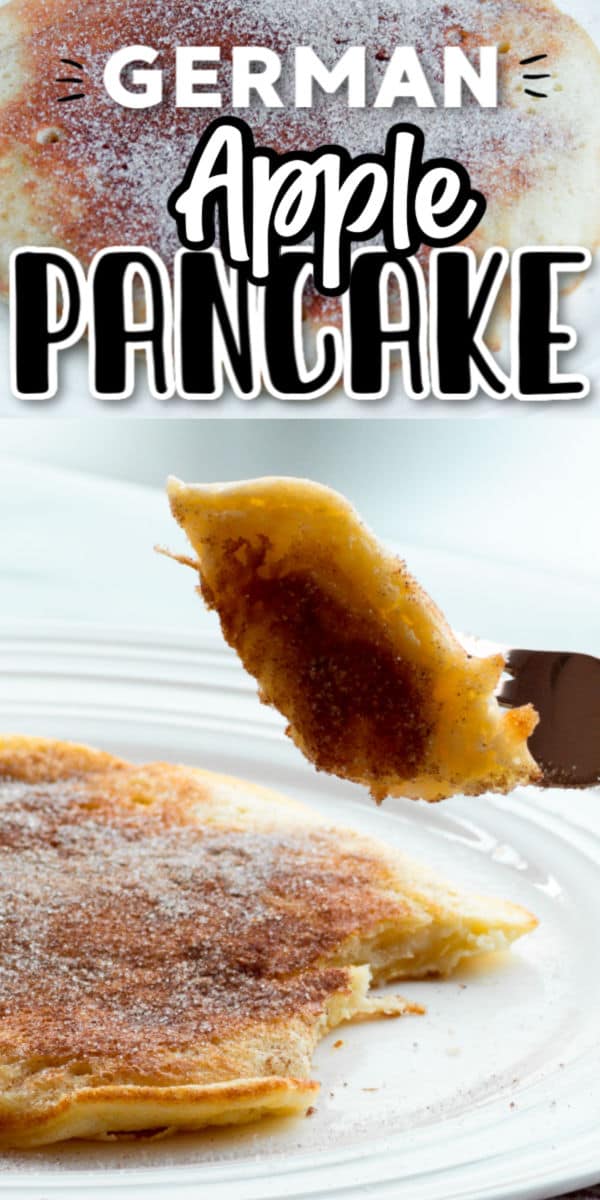 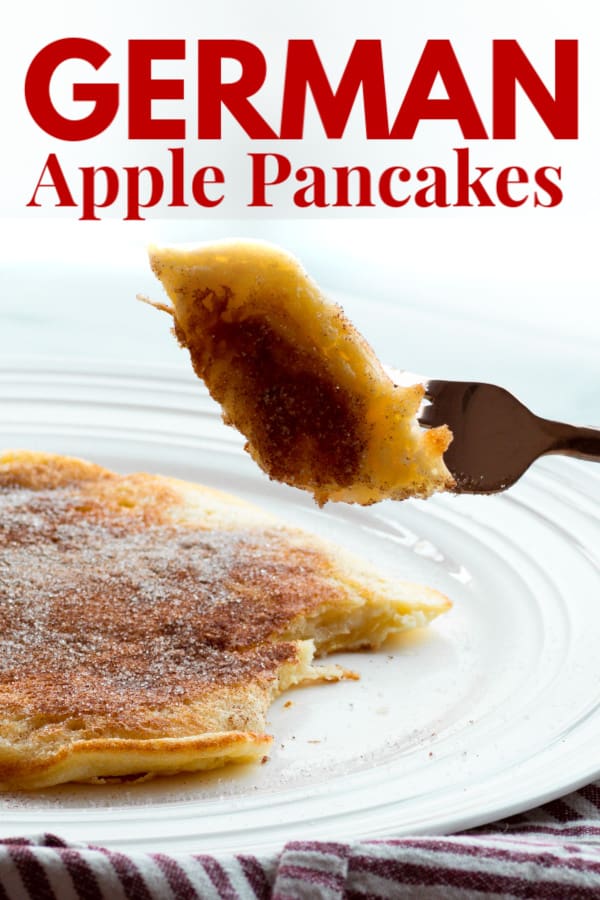 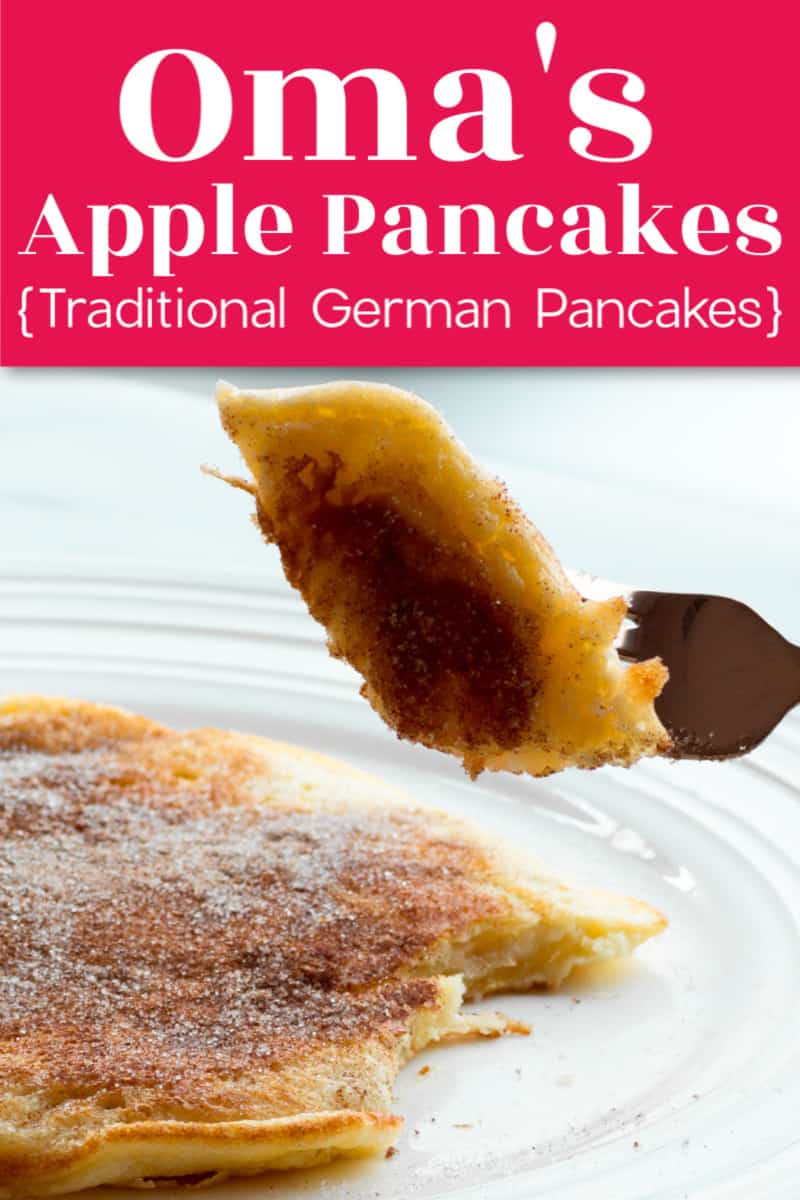 These light, tender, and fluffy German Apple Pancakes are incredibly easy to make. We go back to the basics in typical German fashion: eggs, milk, flour, plus apples and cinnamon. Then we add a secret ingredient: club soda. Yes, club soda. This helps to make these pancakes extra light and airy.

If you're looking to dress up your typical pancake meal, these German pancakes with their apple and cinnamon flavors might be just what you're looking for.

In only 25 minutes, you can serve pancakes made to order, made to please.

This recipe is similar to our Belgian Waffle recipe; adding sparkling water to the mix makes it extra light and airy. Adding fresh apples gives added flavor and texture.

This was one of the staple meals in my house. And it was typically served for lunch, not breakfast.

How To Make German Pancakes

📌 Save This German Apple Pancake Recipe!

Recommended Kitchen Tools For This Recipe

You may notice that German apple pancakes are slightly larger than their American cousins. And you'll also find the German version is more filling due to the fact that the batter includes eggs.

Why do I mention this? Because in America, we are used to 'stacks of pancakes'. But when you make this recipe, you'll find that one or two pancakes per person will be sufficient.

Don't get me wrong, pancakes are just as delicious for breakfast as they are at any other time of the day. But if you want to know when they were traditionally served in Germany, you might be surprised to learn that we'd most often have them for lunch.

Did you know that traditionally Germans eat their hot meal midday? This means lunch was considered the main meal of the day. Whereas dinner consisted of some type of sandwich-style meal.

Most of our lives aren't set up for having dinner at lunchtime. And while this is an easy recipe, it's a bit too involved for everyday breakfast.

This is why I love to make German apple pancakes for brunch.

What To Do With Leftovers

Apple Pancakes keep well in the fridge for a day or two. Simply reheat the leftover pancakes with a little bit of oil.

*Nutrition calculation does not include the cinnamon sugar since the amount will vary from person to person. 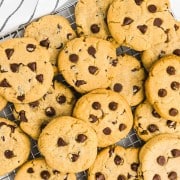 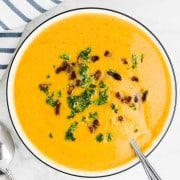