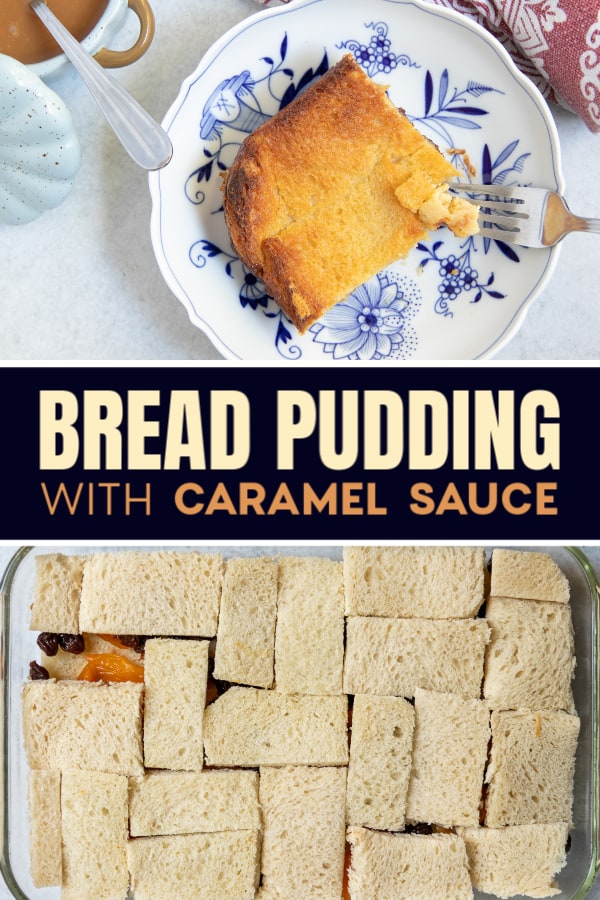 This Custard Bread Pudding is a real treat. It's an indulgent recipe; warm, comforting and perfect during the cooler months of the year.

Bread Pudding is a charming, old-fashioned kind of dessert recipe.

Making bread pudding is easy! Really. So if you'd like to try baking an easy dessert with very few ingredients, this custard bread pudding recipe will fit the bill.

The ingredients and the individual steps are simple. Putting it all together does take a bit of time. But it's still a beginner-friendly recipe.

And it's a great dish if you are looking to contribute something special to a Thanksgiving or Holiday dessert table.

At its core, bread pudding consists of bread, cream, sugar, and eggs. The rest depends on your preferences. A lot of times you'll find rum-soaked or bourbon-soaked raisins.

For this recipe, I've chosen dried apricots and tart dried cherries for the filling.

To give it a bit of a twist I cooked the dried fruit in syrup. This gives them a subtle, sweetness. And you can reserve the fruit-infused syrup as the basis for a divine caramel sauce.

I might have mentioned this before, but I've been ordering most groceries online. And I found that Instacart gives plenty of options and most of the shoppers have been really great picking out good looking produce.

How To Make Bread Pudding

Assembly of the Bread Pudding

The easiest sauce to serve with bread pudding is whipped cream. If you don't want to make whipped cream from scratch, I highly recommend Cabot Whipped Cream.

A side of vanilla ice cream makes a very nice combination.

If you don't like caramel sauce, you can make an easy vanilla sauce like this one instead.

Do you eat bread pudding warm or cold?

What's the best way of eating bread pudding - hot or cold? I think nothing beats warm bread pudding. It has great texture and I feel the flavors can fully develop.

That being said, there's something to be said for enjoying a piece of bread pudding at room temperature or even cold from the fridge.

Whenever I make bread pudding I store it in the fridge and reheat it later.

If you store it in an airtight container, it keeps quite fresh for about 3 days. You could probably keep it a bit longer but it will taste a bit dry.

How To Reheat Bread Pudding?

Take the bread pudding out of the fridge and place it in a microwave-safe container. Be sure to cut the bread pudding into individual slices before reheating. Choose the reheat function and reheat on medium heat for about 1 to 1 -½ minutes.

If you don't like using the microwave, you can also reheat the bread pudding in the oven. Set your oven temperature to 350 degrees Fahrenheit. Cover the custard bread pudding with aluminum foil and put it in the oven for about 3-5 minutes. 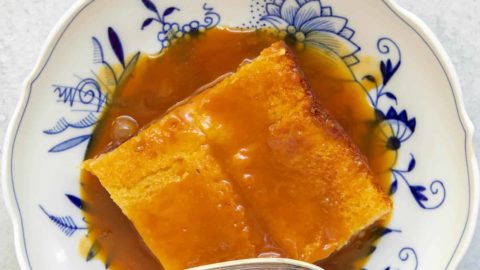 Prevent your phone from going dark

If you are not making the Caramel Sauce, the per slice nutritional information changes. I strive to give you as much information as possible, but keep in mind that all nutritional calculations are estimates.